Since Petrolia was founded in 2009, they have been actively acquiring oil and gas leases throughout Texas, primarily in Central Texas, the Anadarko Basin and the Permian Basin. Headquartered in Tulsa, Oklahoma, Petrolia also has satellite offices in Dallas, Texas, and Houston, Texas, with their field office and personnel located in Borger, Texas.

Through strategic negotiations, Petrolia secures wellbores that have been abandoned, marginally producing or in need of repair. Most often these are mature oil wells that also produce liquid gas. Through these efforts, Petrolia has built a position of approximately 30,000 acres of these wellbores,which after refurbishment, provides the company with considerable cash flow and offers multiple advantageous exit strategies.

The Need for Internal Communication

Due to extensive company growth and widespread employees, it was of the utmost importance for Petrolia to install a telecommunications system that would be able to internally integrate communication. Before Petrolia chose to install an Epygi system, they were mainly communicating internally and externally through the use of cell phones. This obviously was not efficient for their business and did not provide clients with the professional company image they desired. With their newly installed Epygi system, they now have one central number to call into and advertise to potential clients.

Petrolia had considered installing an ESI system, but that product did not provide the true IP solution that they had in mind. Also, they wanted the latest technology that was price competitive and easy to manage, which they found with Epygi’s products. With the help of Epygi’s Value-Added Reseller, Advanced Communications, Petrolia had a Quadro2x2 and Yealink phones installed to facilitate their telecommunication needs.

Petrolia was especially impressed with Epygi’s auto attendant feature, and the fact that they were able to give the company one central phone number, thus allowing the company to advertise one direct phone number to all of their clients. These functions also allow employees to call and transfer phone calls between one another, which was impossible while they were utilizing cell phones to communicate in the office.

Brian Guinn, Petrolia’s Chief Financial Officer, said, “I would have, on average, 100 calls a day just between my business partner’s and my cell phone. Epygi’s system now allows all of our employees to communicate internally, whether they are local or remote. Also, it’s very convenient that we are now able to transfer calls, which we obviously couldn’t do on our cell phones.”

Epygi Technologies, Ltd., a worldwide provider of award-winning IP PBXs and gateways supporting small businesses to enterprise’s telephony needs, is a private U.S. company founded in 2000 and headquartered in Plano, Texas. Reliable, secure, easy to install and use, Epygi’s products offer users outstanding benefits and an unparalleled range of features at very economic prices. Customers are able to improve their productivity, lower operating expenses, enhance their image, while affording the latest in telecommunications equipment. Visit us on our website, follow us on Twitter, like our page on Facebook and join our Linkedin group. 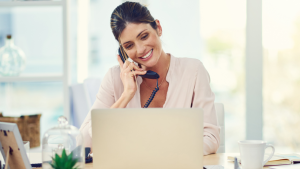 Business Phone Providers Near Me: Getting Local Service

Did you know that choosing the right phone service providers can make a big difference in your business? If you choose the right business phone

Setting You Up for Success Through Cloud Phone Systems

We know that car dealerships have unique needs when compared to other businesses. Salespeople are often away from their desks helping customers or even hot 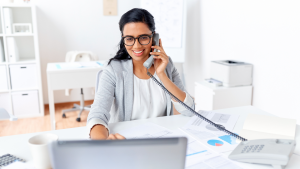 PBX vs. The Cloud: Which is the Right Office Phone System for Your Business?

Is it time to upgrade your office phone system? Are you stumped as to what type of phone system would work best for your company? 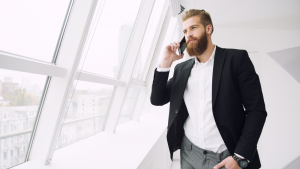 The chip shortage has made a large impact on the automobile industry. As you are combating those issues, you shouldn’t have to be frustrated with