Before you decide which to use, cable or wireless, you should consider a few important facts:

Cost.
The price is always a big question for networks. Cable networks require Ethernet cables, hubs, switches and in some cases routers. All this equipment is fairly inexpensive when compared to wireless network equipment. Wireless equipment can cost three to four times more than their wired counterparts.

Performance.
Ethernet cables are more than sufficient for any small business network. An average Ethernet cable offers 10 Mbps of bandwidth but 100 Mbps cables are also available. Hubs can experience problems from heavy use but the installation of a switch can easily solve the problem. Wireless LANs that employ 802.11b have a theoretical bandwidth of 11 Mbps. 802.11a and 802.11g WLANs give 54 Mbps of bandwidth. The bandwidth can vary within the network depending on where the wireless device is being used, resulting in the bandwidth degrading as the device is moved further away from the signal.

Reliability.
Cable based networks and equipment has proven itself extremely reliable. This is due to the fact that cable has been around for years, and manufacturers have fine tuned their products. Hubs, switches and routers are also fairly reliable and more often than not, the biggest issue in a wired network is a loose cable. Wireless, on the other hand, is a newer technology and still has some reliability problems. Interference from other devices is the biggest concern. Many users also report issues with the fluctuation in signal strength of a wireless network. If a network is designed so that all the wireless network devices are within range of the signal and other devices are kept separate, the risk of interference can be reduced significantly.

Installation Issues.
Installing a wired network does not require any more skill than wiring a home theater system. The greatest difficulty with installing wired networks is when running cable to different locations and computers. It can be time consuming and cumbersome if the proper ducting or space is not available. You also have to take into consideration the type of devices being used on the network and the type of internet connection. The more complex the network that is being built, the more difficult it becomes for beginners to implement a cable based network. Cables can be unsightly and are often in the way if not installed properly. Although, once the cable is installed, it is fairly easy to connect computers and other devices together. A wireless network on the other hand can be a breeze to install, only needing a few important supplies like a modem and wireless router. If the wireless network needs to access other devices, a central node is required. Additionally, each device connected to the network needs a wireless network adapter. Once both the cable and wireless network are connected, they have similar requirements and use internet protocol to transfer data.

Security.
Security is one of the most important issues in this case. Wireless network devices are theoretically less secure because the wireless signal can be easily picked up. Of course encryption can keep your signal secure. Cable on the other hand is more secure because anyone that wants to intercept the signal needs to be physically connected to the cable. If proper precautions are used, the wireless network can be reasonably secure and comparable to cable.

Summary.
The choice of cable or wireless is probably best answered by looking at the environment in which the network needs to be installed.

If the network is for an office with desktops, printers and internet then cable is probably a good choice. Ducting for cables can be installed in an office setting without disturbing every day processes too much.

Cable networks at home might be cumbersome because everyday life like pets, kids and carpets can get in the way, while a wireless network allows you to surf the internet while sitting at the dining table or on the couch.

Cable technology will probably be around for a long time because it has huge head start on wireless technologies. The growth of Telecommunications world wide will create immense demand for cable in general.

Nevertheless, wireless networks have proven that their mobility and flexibility can out weight the negative points. With better devices coming out every month, wireless network technology is likely to be a growing solution for both offices and homes in the future. 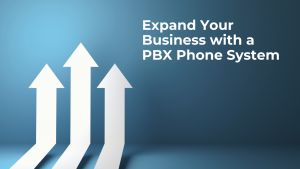 Easily Expand Your Business with a PBX Phone System

If you’re looking to expand your business, you’re in good company. In fact, 41% of small businesses have plans to grow in 2022. Some are 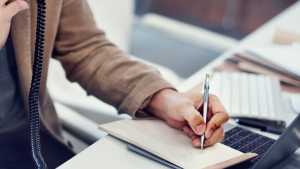 Office phone systems have come a long way in the past decade. What began as limited physical hardware tied to office space by a tangle

5 Ways a Business VoIP Phone Service Can Save You Money

No matter how big or small your business is, one goal remains consistent: to reduce operating costs while increasing revenue. And we’ve got a simple 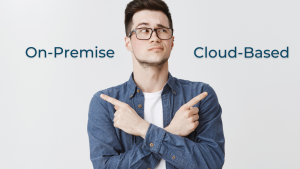 If upgrading your phone system is one of your goals this year, you’ve got an important choice to make: on-premise phone systems or cloud-hosted phone